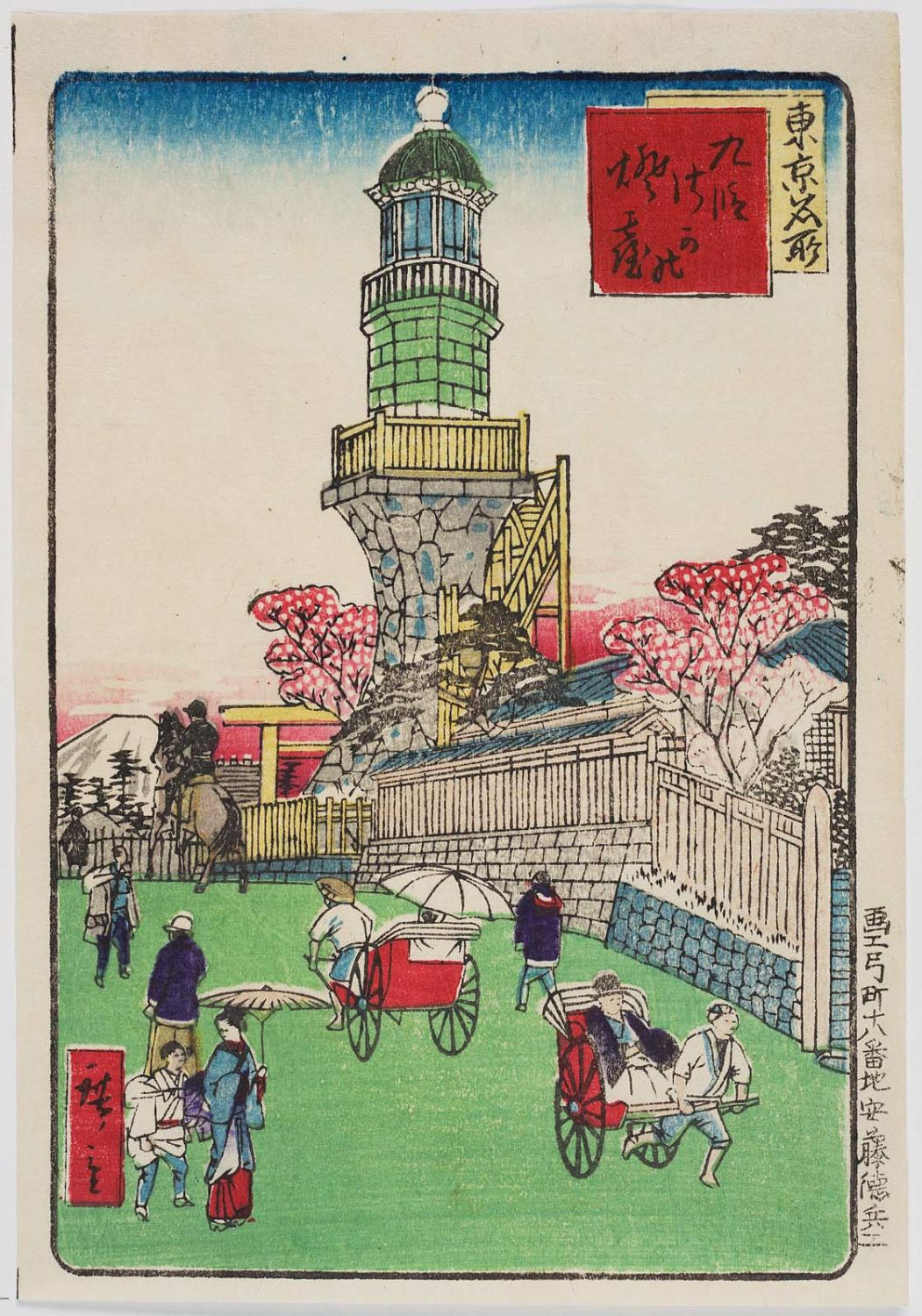 This print, the Kudanzaka lighthouse depicted by Hiroshige III, represents yet another T¶ky¶ meisho series with a rather similar title cartouche. It was published in 1878, about 15 years before your print, though, so it's most probably not the same series - unless it became so popular that they decided to produce a new edition in the 1890s. However, Hiroshige III could perhaps be the designer of your print too.