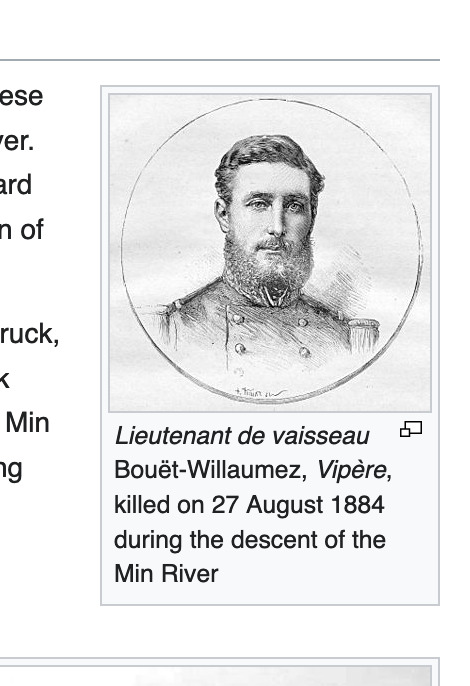 I thought the same as you at first, but the title is pretty clear... the first two kanji of the title are 清佛 (modern form 清仏), and the Japanese name for the the Sino-French War is "Shin-futsu sensō" 清仏戦争. The etymology here is 清 = "Qing", and 仏 = "France" (short for the ateji 仏蘭西 "Furansu").

The reference to "Fukushū" 福州 (Fuzhou) is also telling. This was the site of an important battle in the Sino-French War, but has no relation to the Russo-Japanese War that I know of.

With regard to the facial hair, photos and other depictions of the French forces in this conflict make it clear that beards were common, and mustaches /de rigueur/ (if not quite universal). See attached portrait, taken from Wikipedia.

As an aside, this research has been quite interesting -- I had never even heard of this conflict before!